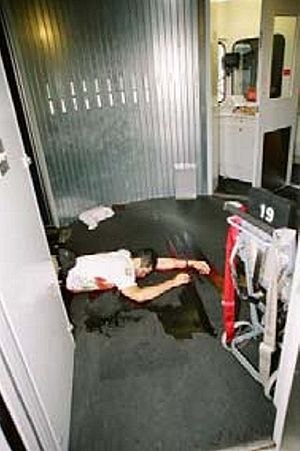 What is a crime scene?

If you ask most law enforcement professionals, they will likely tell you a crime scene is a location in which a crime occurred. This is an inadequate description. A crime scene is any location, person or thing wherein evidence of a crime may exist. Suppose you respond to a body dump. You have a homicide victim who has been dumped along the side of the road. Based on the investigation it is determined that the individual was murdered elsewhere. So, you have at least four crime scenes: the dump location, the murder location; the vehicle used to transport the victim; and, the victim’s body.

The concept that a crime scene is any location wherein evidence of a crime may exist impacts nearly every action a patrol officer takes. Consider that a traffic stop that develops into a felony arrest means the violator’s car (and the violator) may be crime scenes. Your next domestic violence call may be a crime scene, also.

Field Tactics at a Crime Scene

Field tactics are those defensive and offensive strategies, devices and procedures that increase police officer, citizen and offender safety. Field tactics always trump crime scene protection. One paramount and sometimes overlooked field tactic is a thorough search for the offender at the crime scene before crime scene protocols are initiated. If there is a victim down inside a location, the rescue and immediate medical care of that individual is more important than the crime scene. Another example would be the service of the search warrant at a murder suspect’s home. The evidence is not worth anyone’s safety.

Once you put up the yellow tape, follow-on personnel assume the scene has been cleared for the offender. I responded to crime scene where homicide detectives where cataloguing evidence hours after the initial call and they were surprised, and overpowered by the suspect who had secreted himself in a kitchen cabinet. As a first responder, it is your job to balance the protection of all personnel against the need to initiate good crime scene protocols.

The Theory of Transfer

In the late 19th Century, Dr. Edmund Locard, was one of the first criminalists. Locard, a French physician, developed the Theory of Transfer which is also referred to as the Exchange Principle. In essence, Locard said that whenever two objects come into contact with one another, they each leave and take something. There is always evidence of the exchange. Locard’s theory is the foundation of all good crime scene protocols.

Think of a traffic collision. How often have you noticed paint transfer on each of the vehicles involved? The paint transfer is an example of Locard’s theory – each vehicle has left something of itself on the other vehicle. At a crime scene we are locating, documenting and recovering evidence of a transfer between the offender and the location. Offenders leave something of themselves at the crime scene: fingerprints; DNA; footprints; etc. The offender also takes something from the crime scene: fibers; soil; DNA; etc.

One of the reasons we put up the yellow tape and deny entrance to crime scenes is Locard’s theory. Each person who enters a crime scene – paramedics, first responders, detectives and other personnel – leave something of themselves and take something from the crime scene. No matter how careful someone is, if they enter a crime scene, Locard’s Theory says they contaminate it.

Putting up crime scene tape and denying entrance is a minimum best practice. We can improve our crime scene protection protocols by examining incident control under different circumstances. As an example, in the field of critical incident management there is the concept of a three stage perimeter around hazardous materials spill. The three stages are the Hot Zone, the Inner Perimeter and the Outer Perimeter. Generally, a crime scene has a hot zone and an outer perimeter.

For crime scenes and critical incidents, it is always better to have been initially too big than too small. For crime scenes, the Hot Zone is those locations in which you initially suspect you will find evidence. At a homicide, scene you might secure the house, the yards, the houses on either side, and the street in front. For the Hot Zone, entry is denied to everyone who doesn’t not have direct and specific crime scene duties.

For the Outer Perimeter, entry is denied to all persons who do not have an official duty directly connected to the incident. The press, the neighbors, police officers from another jurisdiction and even a city councilperson should be denied entry. There are two basic reasons for this: If we have to expand the Hot Zone we have minimized some of the damage; And, personnel working between the outer perimeter and the Hot Zone don’t have to contend with distractions, etc.

But He’s the Boss

Typically, the most junior person is assign to the crime scene log and by default given the keys to protecting the Hot Zone. When the captain arrives and signs in, the rookie officer with the log will probably approach the Captain and record her information, but is unlikely to ask her not to enter the hot zone.

The inherent problems with having junior and often younger personnel guard sensitive areas is not only a problem at crime scenes. In Iraq, on a U.S. Military base, there is a military intelligence unit. Entrance to the military intelligence unit is restricted to those persons who have special passes and a Right to Know as well as a Need to Know the information contained therein. At first, regular US Army soldiers were assigned to guard the entrance to the unit, inspect passes and deny entrance. However, mid and high ranking US Military officers caused a problem. They would enter the location without the proper credentials simply because the lowest ranking person (typically a PFC or below) was reticent about telling a Colonel “No, you can’t enter.” The US Military solved the problem by delegating the guarding of the unit to foreign (not Iraqi) soldiers. The PFC from a foreign military wasn’t as impressed by Oakleafs, Eagles and Stars.

This point about crime scenes is for leaders. If you don’t have direct line supervision over a function within a Hot Zone you have no need to enter it. If you are a supervising criminalist you may want to go in and observe that proper evidence collection protocols are being followed. If you are the supervising detective, you probably should ensure your detectives are conducting a through investigation. But, if you are the watch commander, the divisional captain or the chief of police, you probably don’t have functional supervision over the personnel in the Hot Zone and should stay out.

Supervision, management and command staff should know when to and when not to enter a Hot Zone. Since you can’t hire foreign troops to guard your scene, there are a few things you can do to minimize potential contamination. First, place the log officer at the entry point to the outer perimeter. This way the person who can be within the outer perimeter but probably should enter the Hot Zone will feel like they obtained entry to something. Second, at the entrance to the Hot Zone place a more senior person whose first question to a would-be crime scene entrant should be, “Did you log in?” The second statement from this officer should be something like “This is a Hot Zone allow me to get someone to escort you in.” This should help communicate to the person attempting to enter the Hot Zone that they should think twice. It also gives the officer guarding the Hot Zone the opportunity to get a senior person and have that person take responsibility for the crime scene’s integrity.

The final concept is the Golden Hour. The Golden Hour concept comes from our British Police cousins. In essence, British homicide investigators are taught that the first few hours of an investigation are crucial. From the offender still being on the run to witnesses’ recollections being freshest, the earlier you can discover and follow up on a clue the better. Solid crime scene protocols are part of the Golden Hour concept. The better you protect a crime scene and follow basic protocols, the better enabled your investigators are to follow-up, run down and catch the offender. First responders often set the stage for the final outcome.

About the Author Lieutenant Raymond E. Foster, LAPD (ret.) retired from the Los Angeles Police Department. He is the author or co-author of six books including Police Technology and Leadership: Texas Hold ‘em Style. He can be contacted through his website at www.police-lieutenant.com.