No fingerprints on this one boss! | Complete Forensics C.I.C. – Inspiring Science

Home/No fingerprints on this one boss!

No fingerprints on this one boss! 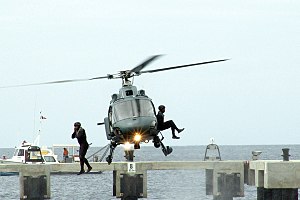 I have been silent on the goings on for a long time and there is a reason for this that I will not go into now.

But also I don’t want to turn you against the Government or SAUTT because used in the correct manner both are very good for Trinidad & Tobago.

unfortunately that has not always been the case.

Here is a news report from yesterdays newspaper…

Questioned during the lunch break of the 2011 Budget debate at the public gallery of the Red House, Ramlogan said the status of law with regard to surveillance was clear. “Wiretapping and interception is in fact illegal,” Ramlogan said. “There is no legislative support for such activity. That is why we have decided to restructure and re-organize SAUTT.”

“Part of the restructuring and re-organising process will include legislative intervention – if necessary – to enable us to lawfully do these things if that is in fact a policy decision,” he added. “That is a matter that has not been discussed by Cabinet and is a matter we’ll have to deliberate upon in due course.”

Sunday Newsday this week revealed that the Prime Minister was subject to telephone surveillance without her knowledge or consent. On Monday, then SAUTT director Brigadier Peter Joseph, in a press-release, denied spying on politicians including Persad-Bissessar and “wiretapping her telephone”. Joseph’s denial did not stop the Prime Minister from dismissing him that same day. Yesterday, Independent Senator Ralph Balgobin criticised Joseph for denying intercepting the phones of politicians. “The head of SAUTT saying, ‘we not spying on politicians’. That cannot be true,” Balgobin said, speaking during the morning portion of yesterday’s debate.

“I have seen for myself that calls are monitored. There is more than one way to monitor a call. You do not just have to do wiretapping. And the telecommunication services in this country and the intelligence agencies in this country have that capability and they use it,” Balgobin said.

“In fact, I think the people who have the least access to these technologies and databases would be the Trinidad and Tobago Police Service, and I say that with some knowledge of things,” Balgobin added. “I don’t think it’s right to say there is no spying taking place. Far from it.” He noted that there were claims that SAUTT was only spying on criminals.

“If they are criminals, why you don’t have them in jail? And how do you know they are criminals to spy on them?” Balgobin asked. He agreed with steps to downsize SAUTT. Sources this week indicated that further dismissals are due to take place at SAUTT, amidst questions over the productivity of highly-paid foreign staff at that unit. Attention has also been focused on the activities of one official, said to have been in charge of SAUTT’s surveillance operations. Further details over the extent of SAUTT’s spying also continued to trickle out, with sources indicating that orders were issued for SAUTT to spy on its own members, including staff said to be disliked by a high-ranking SAUTT official.

Ramlogan said the dismissal of Joseph was “one that was necessary to facilitate the re- engineering and re-organisation of SAUTT.”

“Also, there are issues about financial accountability,” he said. “A lot of money has been invested in SAUTT and one would have to look into it and see if we got good value for money and also whether the equipment acquired was done so in the right and transparent manner and in a manner that benefits the population of Trinidad and Tobago.”

He used the controversial Skyship (blimp) as an example. “Has it been effectively utilised and deployed in the fight against crime? Was it value for money or was it just another pie in the sky?” he asked. He noted that the blimp’s fate was in the hands of a Government-appointed steering committee announced on Monday to restructure SAUTT.

Forget the forensics then!

SEIZED: Cops examine the arms and ammunition seized on Tuesday at a house in St Albans Road in Valencia. From left are Police Constables Stacey Brooks…

“Special mention has to be made to Mr James Philbert, who in the spirit of true patriotism, performed remarkably beyond his retirement, no doubt at significant personal expense,” Mohammed said in a speech at a stakeholders meeting held featuring new CoP Dwayne Gibbs.

This month, Philbert initiated legal proceedings against the PSC for his abrupt dismissal on August 27 last.

On that day, Philbert received a letter from the PSC indicating that his contract was terminated effective August 30. The two-line letter was signed by Mohammed. Following this action the PSC sent out a press release indicating that the decision to bring Philbert’s contract to an end was a result of the transition process in the Police Service.

With the President of the Police Social and Welfare Association, Sgt Anand Ramesar, in the audience, Mohammed also urged police officers to offer their full support to new CoP Gibbs.

“Militant utterances will only serve to subvert the genuine efforts being made to reform the Service and lend comfort to the criminal elements,” Mohammed said. “The public is very vigilant, and will condone none of that.”

He continued, “for far too long, the law-abiding citizens of our beloved country have had to witness their enshrined rights under the Constitution, being whittled with little or no hope of redress.”

Mohammed hinted that the PSC will lobby for the re-instatement of the Police Complaints Authority, and Firearms Appeal Board.

“The collaborative approach of the CoP and his executive, the Ministry of National Security and the Police Service Commission must get the job done in the shortest possible time. If we do our part successfully, then we shall be in a strong position to call for the removal of the bottlenecks that exist in the justice system, the re-establishment of the Police Complaints Authority, the Firearms Appeal Board, and an efficiently functioning Legal Aid and Advisory Authority,” Mohammed said. “Crime must continue to be everybody’s concern, and crime-fighting everybody’s business.” At the same time, he noted that under the Constitution it was not the function of the PSC to manage the police, but rather to assess the performance of the CoP.

“The nation has waited, complained and will be watching closely and listening attentively for further progress in the general policing of the country. Given all the circumstances I can assure you that expectations are high,” Mohammed added.

Now dont get me wrong I love a challenge but I would never have taken on the massive one Gibbs has now got.

Turning an organisation round is a huge task (ask Sir Hugh Ord, PSNI) So i wish him the best of luck…

But with the show in the picture above which was taken and used with the following paragraph:

Now four years after being instructed how to preserve evidence the Police are STILL not doing it? I wonder WHY!!!