I am so glad the judge had some idea of what is right! | Complete Forensics C.I.C. – Inspiring Science

Home/I am so glad the judge had some idea of what is right!

I am so glad the judge had some idea of what is right! 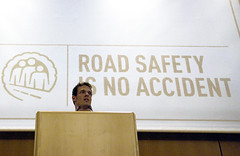 I kid you not but you should and will laugh when you read this.

Tell that to the paralysed man who was knocked over by a drink driver! Or the small child who was stood on the back seat of the car as his Dad (you can never call him a father) slams his car into a tree and the kid flies through the windscreen… or the innocent passer-by who is crossing the road at night when the drunk driver fails to stop at a red light and SLAMS into him…

TWO beers make not a man drunk, a San Fernando Magistrate was told by an attorney who represented a man charged with driving under the influence.

Kamchan was charged on Friday last with driving under the influence at Bonne Aventure, Gasparillo. He pleaded guilty and Lucky represented the man after the police court prosecutor, Dane Sorzano, disclosed that when tested, Kamchan was found to have 113 microgrammes of alcohol in his blood.

Lucky took issue with the Breathalyser law which was introduced in December, 2009, telling Rambachan that we live in an alcohol culture and the volume of alcohol would vary from person to person. “Two beers cannot hurt an old man and having one level for every driver appears an unfair application of this law,” said Lucky.

Rambachan asked the attorney to back-up his claim with scientific evidence and the attorney said that he had done research in Canada on the subject. Kamchan said he was 30 years old and apologised for drinking and opting to drive a truck ..

Rambachan ordered he pay $5,300 and disqualified him from driving for eight months.

This story is from the Newsday Newspaper and is here