How can I become a CSI and meet the blonde lady in Miami | Complete Forensics C.I.C. – Inspiring Science 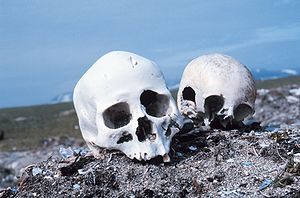 So you wont get to meet her but we can help you become a CSI.

It is getting more common now that you will need a Forensic Science Degree before you can apply but in the UK having a degree at the beginning of your career could mean that you are over qualified to start in that job role.

It is much cheaper for the employers to take a school leaver on than it is to take a graduate on, so often you will have a lower wage but a better chance of gaining employment.

Obviously this is not always the case and the world was turning to degrees for everyone (especially the UK).

that now seems like it will not happen due to the current government changing the rules and allowing Universities to charge up to 9000 pounds Sterling a year for your degree program.

That is a lot of money and that’s without the housing, food, transport etc etc etc on top.

Several schools also have online or part-time courses and these are idea for when you are in that all important job. An employer likes nothing better than one of the staff trying to better themselves and often (not always) helps with either fees and/or time off to attend Uni.

This is often the better way to go.

So where do you go for training as a CSI?

Well here in the Caribbean there are not a lot of choices.

CPDMS Ltd have started to offer the training to Governments and organisations who need it and the only other way is to be employed by the Police etc.

Back in the UK the National Police Improvement Agency run the courses through Harperly Hall but you have to be sent by a Police Force, Kent, Hants and the Met all run their own courses as well.

The National Policing Improvement Agency (NPIA) was formed in April 2007 to make a unique contribution to improving public safety.

We are following the remit to improve public safety through the provision of:

On 26 July 2010 the new coalition Government published the consultation document, Policing in the 21st Century: Re-connecting the police and the people.

It sets out the government’s vision for the most radical change to policing in fifty years and puts the NPIA into an eight week consultation period which ends on 20 September 2010.

In response to the Government’s consultation document, the agency’s improvement priorities have been condensed into two main themes:

In Trinidad the Police (TTPS) and SAUTT both have Crime Scene Investigators and that’s about it really.

I have noticed that the security guards at the Hilton Hotel in Trinidad walk around with “CSI” all over their polo shirts. When I asked where and who trained them I was told “Some bloke from the Army. A Major… something or other”.

Now I do know who they are talking about and to be fair he is usually good at what he does. Unfortunately he knows NOTHING at all about forensics or the work of a CSI so I guess they have been ripped off and actually know nothing!

It’s a shame because there are a lot of people out there, in different walks of life who do that.

Anyway, let’s get back to training…

In the UK there are a lot of private companies who now say they will train you in the work of a CSI. One of the companies I have a great respect for is Foster Freeman Ltd.

They used to just make forensic products but with the opening of their US office they now also offer Crime Scene Investigator and Management of crime scenes courses.

I have no idea what the cost of the course is but click on their name it is a link to their website.

As for us, well we will train anyone, as long as they can pay.

Certain other criteria must be completed but get in touch if you want information on that.

Click HERE to see how we can help you.