And so it starts… | Complete Forensics C.I.C. – Inspiring Science

And so it starts… 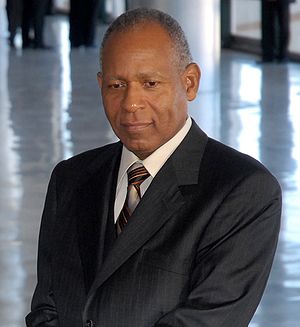 Some people call it a witch hunt while others call it justice, whatever your take on it could this change the face of politics in Trinidad for ever?

Mr Manning, the ex prime minister is allegedly under investigation, the law enforcement unit he abused (SIA) is absorbed into the SSA and SAUTT still has no idea what is happening to them, while the police struggle on, without the help they so desperately need in the fight against crime.

The following report is from Newsday

POLICE Commissioner Dwayne Gibbs has commenced an investigation into an allegation of criminal libel made by Prime Minister Kamla Persad-Bissessar against former Prime Minister Patrick Manning.

Newsday understands Gibbs has already issued directives in the matter, first raised last November by Persad-Bissessar and police are now in the initial stages of an investigation into whether or not a criminal libel occurred.

Criminal libel is a form of defamation that is a misdemeanor and is not civil in nature. It is rarely prosecuted and has several forms or sub-offences which make prosecution a delicate matter. The offence dates back to thirteenth-century Britain under the reign of Edward I.

The complaint against Manning stems from statements he made in a committee room of the Parliament on November 12, mere moments after Persad-Bissessar in Parliament unveiled a regime of unauthorised interception which occurred under his tenure as Prime Minister. Unable to respond to Persad-Bissessar in Parliament because of the Standing Orders, Manning held a press conference in a committee room adjoining the chamber.

Manning made a series of statements about Persad-Bissessar and her administration’s fight against the drug trade. The statements, reported in the press the next day, were not covered by Parliamentary Privilege.

A week later, Persad-Bissessar fired back, with lawyers despatching a pre-action protocol letter to Manning on November 19, threatening civil action. Her attorney in this matter, Devesh Maharaj said Manning’s statements had adverse repercussions for Persad-Bissessar’s reputation.

Manning has not publicly apologised for his statements. In fact, in Parliament on the day of the despatch of the letter he repeated some of his claims and made further allegations against Persad-Bissessar in relation to her private home in south Trinidad.

But the fight against crime continues in some places…

AN ESTIMATED $24 million has been allocated for “covert operations” for the fiscal year 2011, according to Parliament documents laid in the Senate yesterday which reveal plans for more spending on the Strategic Services Agency (SSA), the intelligence unit which has inherited the interception functions of the controversial Security Intelligence Agency (SIA).

According to an appendix to the Finance (Supplementation and Variation of Appropriation) (Financial Year 2010) Bill, 2011, which was laid in the Senate, a total of $568.8 million in variations was due to the new Government coming into power, introducing new ministries and meeting debts and demands for which the previous Government had not allocated.

The document breaks down several areas of expenditure heads for which allocations are to be shifted.

Page 87 of the appendix notes that “projects under covert operations were deferred until fiscal 2011” and that this amounted to $24.4 million. There are also plans for “the procurement of items by the SSA” which account for a figure of $3.8 million, according to the document.

Again, this is from Newsday

All the while kidnappings are going up again…

WHILE figures for serious crimes have declined, reported kidnappings have remained high, according to figures disclosed by a concerned Minister of National Security John Sandy yesterday.

“The statistical data reveals that with the exception of June 2010, there was an overall pattern of decrease in the number of serious crimes reported during the period June to November, 2010, when compared with the corresponding period in 2009,” Sandy said. “In total, there was a fourteen percent decrease in reported serious crimes during the 2010 period under review.”

However, Sandy said he remains dissatisfied with the current levels of crime. He noted that serious crimes for the period totalled 9,757. “Notwithstanding the encouraging movement, the Police and the People’s Partnership Government continue to view the existing level of crime as unacceptable,” Sandy said. The Minister of National Security said between June 2010 and December 8, 2010, there were 232 reported murders; 294 “woundings and shootings”; 396 sexual offences; 2,440 burglaries and break-ins; 2,569 robberies; 96 fraud offences; 2,032 “general” larcenies; 656 car thefts; and 251 narcotic offences, among others.

Asked in a supplemental question by Hinds if he was shocked by the crime statistics, Sandy said, “I am as shocked as you are and I remain as shocked as I was over the past five years.” Sandy said the police will introduce increased cordon and search operations in “crime-prone” areas; usher in increased working hours “for stipulated periods” and forge “new partnerships” with private security companies.

In relation to the Special Anti-Crime Unit of Trinidad and Tobago (SAUTT), which was the subject of another question by Hinds, Sandy said a Cabinet review of a report on the future of SAUTT was still ongoing. Of the “airship” or “blimp”, Sandy said, “while the airship has been grounded for repairs, SAUTT’s other aerial assets have been utilised in providing aerial and logistical support to the National Security Council and operational support to the Police Service.”

Cabinet gets report on Sautt

Cabinet will decide on the future of the Special Anti-Crime Unit (Sautt), after review of a report on the unit which was received last month, National Security Minister John Sandy has said. Speaking in the Senate yesterday, Sandy said the report was delivered by a steering committee mandated to oversee Sautt’s restructuring. The team submitted a report on its recommendations in December. Sandy said the report was being reviewed by Cabinet.

He said Sautt’s human, physical and technological resources and assets would be considered on completion of the exercise.  He added that Sautt continued to provide support to anti-crime initiatives and gather and provide intelligence to various arms of national security. He said its investigative arm was fully activated at the end of September to assist the police in addressing gang-related murders.He added that while its airship had been grounded for repairs, other assets, including its K-9 unit, were in use. Sandy also supplied details of a decrease in the number of serious crimes reported during June-November 2010. He said there was a 14 per cent decrease when compared with the corresponding period in 2009. For the period June 1 to December 8, 2010, he noted a grand total of 9,757 crimes.

The worrying thing is that the newspapers and government are really worried about murder and kidnap as the two most heinous crimes around, and they are terrible crimes, but what about those sexual offences? that’s more than one a day for a population that’s only 1.3 million strong! And we know from all the evidence in so-called developed countries that the victims of sexual crimes (if they are young) tend to not be able to deal with life as they grow older and possibly commit crimes themselves…

Its time for that change everyone voted for to start happening, right now, this Twin Island state could be the stuff of dreams, at the moment it’s just a nightmare…