Home/10 Most Incriminating Types of Evidence

10 Most Incriminating Types of Evidence 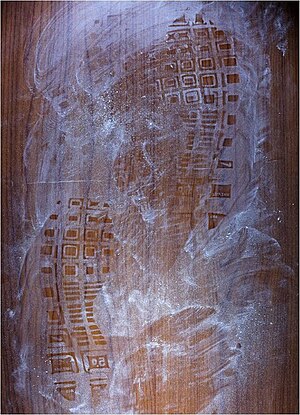 While surfing the net today I found this interesting article on 10 types of evidence which the writer says are the most incriminating.

Obviously all of this evidence must point somewhere and if it all points in one direction that’s all well and good, but what if it doesn’t? there could be any number of reasons including (but not limited to) multiple suspects, innocent people being “set up”… etc etc…but have a read, the author is spot on with most of it, but how reliable can some of this evidence be? Eye witness reports and statements? everyone sees things in a different way. No two people will ever see exactly the same thing but that’s what juries are told. Slight differences must come out or it appears the story has been fabricated. It is too perfect…

I will let you think on as you read is, and feel free to comment at the end.

Evidence is crucial for ruling out suspects, finding criminals and proving their guilt. Many criminals go to great lengths to cover up their crime and leave no feasible trace of evidence, but major advances in forensics and investigation practices have made it possible to dig up various types of evidence that are admissible in court and bring police closer to catching criminals. Here are the 10 most incriminating types of evidence:

1-Fingerprints: Fingerprints are the most incriminating types of evidence used in criminal cases because it’s one of the most reliable forms of identification. No two people have the same fingerprint, making it a truly fundamental tool for accurate identification of criminals. Only when fingerprints can’t be traced back to a person with a criminal history do they have less power in an investigation. However, if the suspects can be narrowed down, their fingerprints can be tested to see which one matches.

2-Blood: Blood is an incriminating type of evidence for various reasons. DNA can be extracted from blood to find a criminal and blood type can be analyzed to help rule out suspects. Blood splatter can also help investigators piece together crime scenes and it provides more evidence to test.

3-Hair: Hair is another useful type of evidence that can bring police closer to a criminal. A strand of hair collected from a crime scene can be submitted for DNA testing. Forensic scientists may have a better chance at testing the DNA if the hair follicle is still intact. In addition, the color of a hair strand can also be used to rule out suspects whose hair does not match the recovered hair sample.

4-Skin: Although difficult to see at a crime scene, skin can be analyzed and tested to find a criminal. Like hair, skin samples can help determine the skin color of the person involved in the crime and DNA can be extracted for a more accurate identification of criminals. Skin can also be a harbinger of other evidence at the scene, which brings police closer to finding the criminal and understanding the crime in greater detail.

5-Witness Testimony: Testimony from a witness who was at the scene of the crime is one of the most incriminating types of evidence. How incriminating the testimony is depends on the credibility of the witness, which is determined by the jury. It can be the deciding factor in a case.

6-Written Documents: One of the worst things you can do as a criminal if you want to evade the law is write things down. Some criminals write in dairies, journals, letters and even e-mails to chronicle their plan of action or confess their guilt. Suspects may be in correspondence with others who can present these documents to police, or investigators may find such documents when searching a suspect’s home.

7-Semen: Semen can be used in several ways to verify rape accusations, as well as extract DNA to identify the criminal. Semen can also be analyzed and tested to determine if there was more than one person involved in a sexual crime.

8-Shoe Prints: Shoe-prints are extremely useful in police investigations and they can be a very incriminating type of evidence. Police can tell by a lot about a shoe print, such as the make, model and size of a shoe, as well as the gender and approximate height of the person. Shoe prints also indicate the activity of the wearer when the print was made and, if the impressions are visible, police may be able to trace the criminal’s moves and follow their prints to the next destination, such as a nearby home or woods.

9-Videotapes/Photographs: Videotapes and photographs are both compelling and incriminating types of evidence. Whether the videos or photos capture the crime taking place or the people present during or after the crime, it is valuable evidence that can be used to rule out suspects and find the criminal.

10-Ballistics: Ballistics is the study of firearms and ammunition. This technical form of evidence includes shell casings, gun powder, bullets, gunshots and other firing characteristics of a weapon. Even the slightest remnants of a gunshot can be traced to a specific firearm, where it’s sold and its owner, if registered.